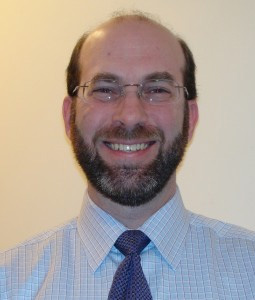 Dr. Paul L. Geltman has over 30 years of experience as a physician. Over that time, he has become a nationally recognized public health expert on immigrant and refugee health issues. Dr. Geltman received his Bachelor of Arts in History and Certificate in Latin American Studies from Princeton University and his M.D. and M.P.H degrees from the George Washington University School of Medicine and Health Sciences. He is a fellow of the American Academy of Pediatrics and a diplomate of the American Board of Pediatrics.

Dr. Geltman completed his pediatric residency at the Floating Hospital for Children (part of Boston’s Tufts Medical Center) and then a post-doctoral fellowship in child advocacy and community pediatrics that focused on immigrant and refugee children’s health at Boston Medical Center (then Boston City Hospital). After finishing his training, he spent the summer of 1994 working in Rwanda with Médecins du Monde and later returned to Rwanda in 1996 to lead an assessment of children’s health and human rights in the wake of the genocide on behalf of Physicians for Human Rights. After his initial work in Rwanda, he began practicing at the Upham’s Corner Health Center as a staff physician. At this time, he also became the Medical Director for Refugee Health in the Division of Global Populations and Infectious Disease Prevention at the Massachusetts Department of Public Health, a position he continues to hold after 25 years.

Dr. Geltman later worked as Pediatrics Practice Administrator at the Whittier Street Health Center in Roxbury, MA, before moving across the Charles River where he joined the Pediatrics Department at the Cambridge Health Alliance (CHA). At CHA, he served as medical consultant for inpatient child and adolescent psychiatry and practiced at Cambridge Pediatrics. Dr. Geltman was the founding chair of CHA’s Pediatric Quality Improvement Committee, served as one of three Physician Quality Leaders, and was CHA’s physician leader in a pediatric patient-centered medical home demonstration project. In addition, while at CHA, he was nominated to the Board of Directors of the Institute for Community Health with a term as Chair from 2020-2023. He left CHA in 2016 to serve as the first Medical Director of Ambulatory Care Services at Franciscan Children’s in Brighton, MA, and in 2019, he returned to Upham’s Corner as the health center’s first Chief Medical Officer.

Throughout his career, Dr. Geltman has been actively engaged in public health and academic work focused on refugee and immigrant health with his clinical practice grounded in communities with large immigrant populations. He is Associate Professor of Pediatrics at the Boston University School of Medicine and Associate Professor of Health Policy and Health Services Research at the Boston University Henry M. Goldman School of Dental Medicine. His academic work has produced over 50 wide-ranging publications and has included groundbreaking epidemiologic analyses of health issues of refugees entering the US from overseas. A prominent example of Dr. Geltman’s work came with multi-year research funding from the National Institute of Dental and Craniofacial Research to conduct what was the largest study of the health status of a refugee population in the U.S. The study investigated the relationships between health literacy, English language skills, acculturation and physical and mental health status.