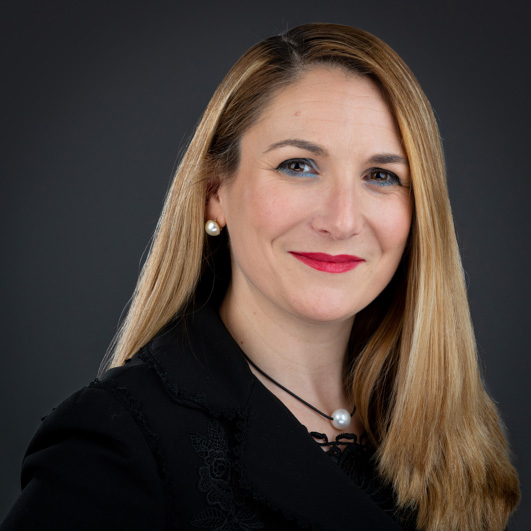 María Rosario González Albuixech is the Director of Communications and Immigrant Health at Health Care For All, an organization she joined in 2012. A native of Spain, María earned Bachelor’s degrees in Communications and German studies at the University of Valencia, Spain, and Bremen University, Germany. She also holds a Bachelor of Journalism from Carlos III University in Madrid, Spain. During her time in the Spanish capital, she worked as the editor of publications specialized in fashion and industrial products. In 2004, she moved to the United States to complete a master’s degree in Political Science and International Relations at Suffolk University in Boston. After graduation, she was hired as the associate editor for “El Mundo” newspaper, and in 2006 joined Noticias Univision Nueva Inglaterra as an on-air personality, where she held positions such as news reporter, news anchor, and news producer. After almost a decade working in media outlets, María transitioned into communications, marketing, and public relations roles, first as the Community Education Manager at the Massachusetts Department of Public Health and later at Health Care For All (HCFA). Maria speaks English, Spanish, German, Valenciano (Catalan), and some Portuguese, and lives in Walpole, MA, with her husband Jake and their seven-year-old son Nathan.