I was recently asked to talk about immigrant health policy on Boston Public Radio. The hosts of the show were interested in learning about my research on the potential impacts of a proposed immigration rule known as the ‘public charge’ rule.

What is the public charge rule? 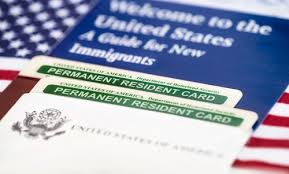 When an immigrant applies for a visa to enter the country or for legal permanent residency status (a ‘green card’), an immigration official can review the application and determine if the immigrant may be reliant on government

benefits in the future. For the last century, our government has looked at two things: whether a person was on cash assistance or institutionalized in a government-funded facility. The proposed rule would drastically change this policy and instruct immigration officials to take into account a much wider variety of factors including age, medical conditions, and whether the person has used non-cash benefits like non-emergency Medicaid, food stamps, housing assistance such as Section 8 housing vouchers and Medicare Part D low-income subsidies.

What does this mean for children’s health?

According to our research, the rule is expected to cause millions of children who need medical care to be disenrolled from Medicaid and the Children’s Health Insurance Program (CHIP), mostly out of fear or confusion. Essentially, in an effort to keep their families together and be eligible for green cards, immigrants are likely to disenroll themselves and their family members from these benefits even when the rule does not apply to them. For example, in our study, nearly 90% of the children who are likely to be disenrolled from benefits are United States citizens – these are citizen children living with non-citizen adults who are likely to disenroll their families from benefits out of fear and confusion. For children in need of medical care, loss of health insurance benefits could have severe impacts on health outcomes, in the short term and into the future.

And recent research from the Urban Institute shows that 1 in 10 citizen immigrants are already avoiding government benefits even though the proposed rule is not yet approved and not in effect – confirming that 1) people to whom this rule does not apply are avoiding benefits due to fear and confusion, and 2) citizens of our country are avoiding benefits to which they are legally entitled.

What can we do about this?

This is a dangerous and scary time for vulnerable populations in our country. We at ICH are striving to make the invisible visible – highlighting the critical role vulnerable populations play in the United States and building evidence about the potential implications of dangerous policies. The message is clear – these policies are dangerous to our public’s health, and we need to fight back!